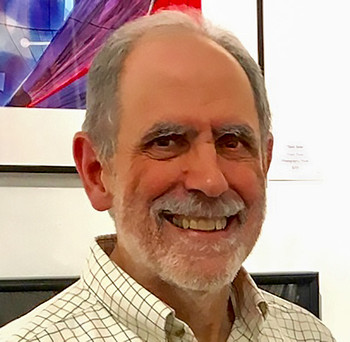 Frank Parisi has been a photographer for over 50 years and has captured images in Europe, the Caribbean, the United States, South America, and Antarctica.  His favorite subject is the Jersey Shore.

Many of Frank’s photographs capture exceptional moments on water, especially sailboats racing.  The interplay of light and water in the morning and late afternoon, and the dynamic contrast between sails and sky, are featured in his work.  He also frequently photographs the serenity and drama of sunsets and sunrises. Frank loves candid photography and capturing abstract shapes within every-day objects.  Frank also enjoys black and white photography, especially of racing sailboats, and also enjoys capturing wildlife at the Jersey Shore and in Florida.  Frank does commercial work as well, including product and real estate photography.  His photos are available for purchase in many locations in Ocean and Monmouth counties.

Frank’s work has been displayed many times and won many awards. The exhibits in which he has participated include “Island Heights and Beyond” at the John F. Peto Studio Museum in Island Heights, “Down the Shore: Before and After Sandy,” at Ocean County College in Toms River, “Eyesights” at the Guild for Creative Arts in Shrewsbury, juried shows at the Ocean County Artists’ Guild in Island Heights, Arts Guild New Jersey in Rahway, Art all Night in Trenton, the Monmouth Museum's Annual Juried Art Exhibition in Lincroft, the Creative Music and Art Festival in Lincroft, the Annual Juried Art Show and the Annual Photography Show at the Belmar Arts Center, and the Black Glass Gallery show at the Middletown Arts Center.  He also participates in the monthly show held at the TRAC gallery in Downtown Toms River.

From May through July 2014, Frank’s solo show, “Rhapsody,” hung at the Virginia Perle Art Gallery in Toms River, New Jersey. During February 2016, his solo show “Great Faces: Informal portraits from near and far,” was featured in the main galleries of the Ocean County Artists Guild.  In May of 2017 his work was featured at a joint show with well-know artist Karen Pomeroy at the Grunin Art Center of Ocean County College entitled "Seeing Double."

Frank is retired from working for the State of New Jersey, and is now a full-time artist living and working in Island Heights, NJ, with his wife Barbara.